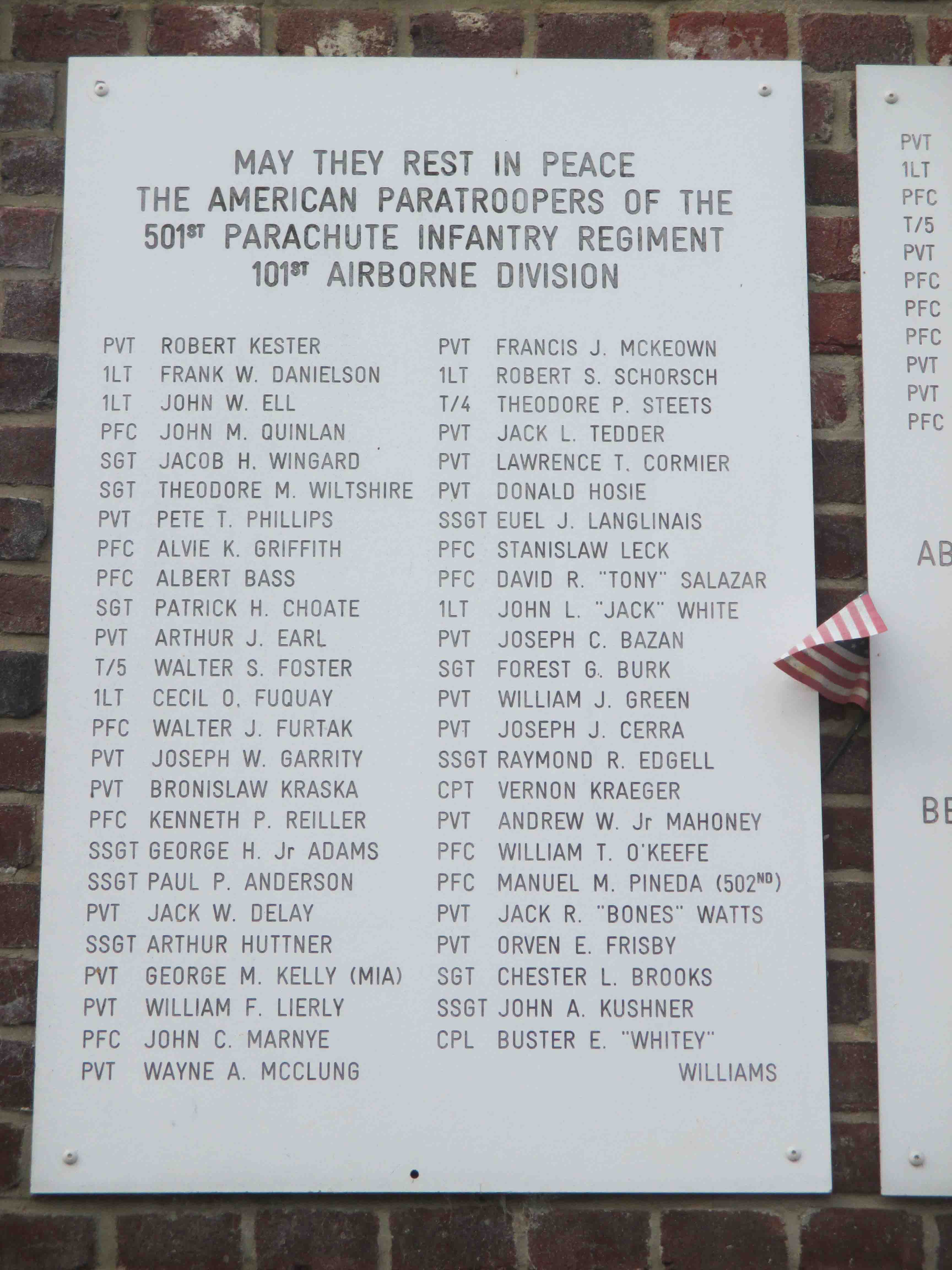 On the west side of the road, next to the monument for the 501st Parachute Infantry Regiment. It is hanging on the top right portion of the outside wall of the mill entrance. Plaque

Three white plaques bearing the names of the paratroopers of the 501st PIR, the British soldiers of the 44th Royal Tank Regiment, Royal Armoured Corps, and villagers from Eerde, that were killed in the area in September 1944. On the first 2 plaques are where the 72 American soldiers were inscribed.

There is a windmill behind that was used as an observation post, as well as a church a little further up the street in the village. The night after the 501st landed, the Germans moved a large defensive into the area and the battle continued for several days. The post directed mortar fire on German troops that attacked Eerde from the direction of Schijndel coming through sand dunes that in those days existed west of the village. The mortar section was dug in at the church. The windmill and the church of Eerde became badly damaged by grenades and German shells during the fighting and the Windmill would change hands six times. Eerde was finally liberated Sunday, September 24.

MAY THEY REST IN PEACE

THE AMERICAN PARATROOPERS OF THE

IN THIS WINDMILL WAS KILLED

ABOUT ELEVEN O'CLOCK IN THE MORNING

MAY HE REST IN PEACE

ON THE AMERICAN CEMETERY

BETWEEN THE WINDMILL AND THE HOUSE

WAS A BRITISH SHERMAN TANK

KNOCKED OUT DURING THE FIGHT

IN THAT TANK WERE KILLED

MAY THEY REST IN PEACE

IN THE CHURCHYARD OF EERDE. 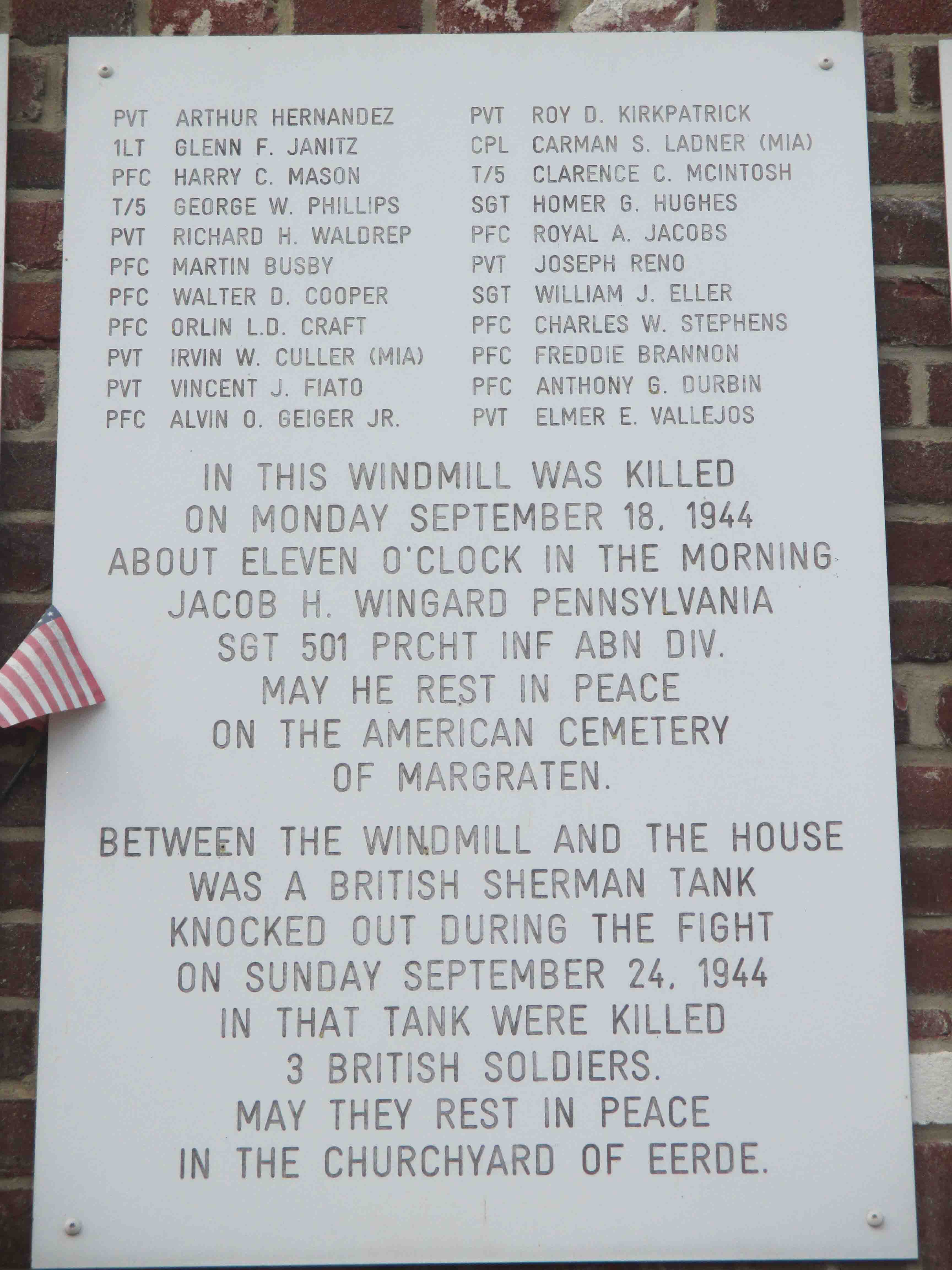 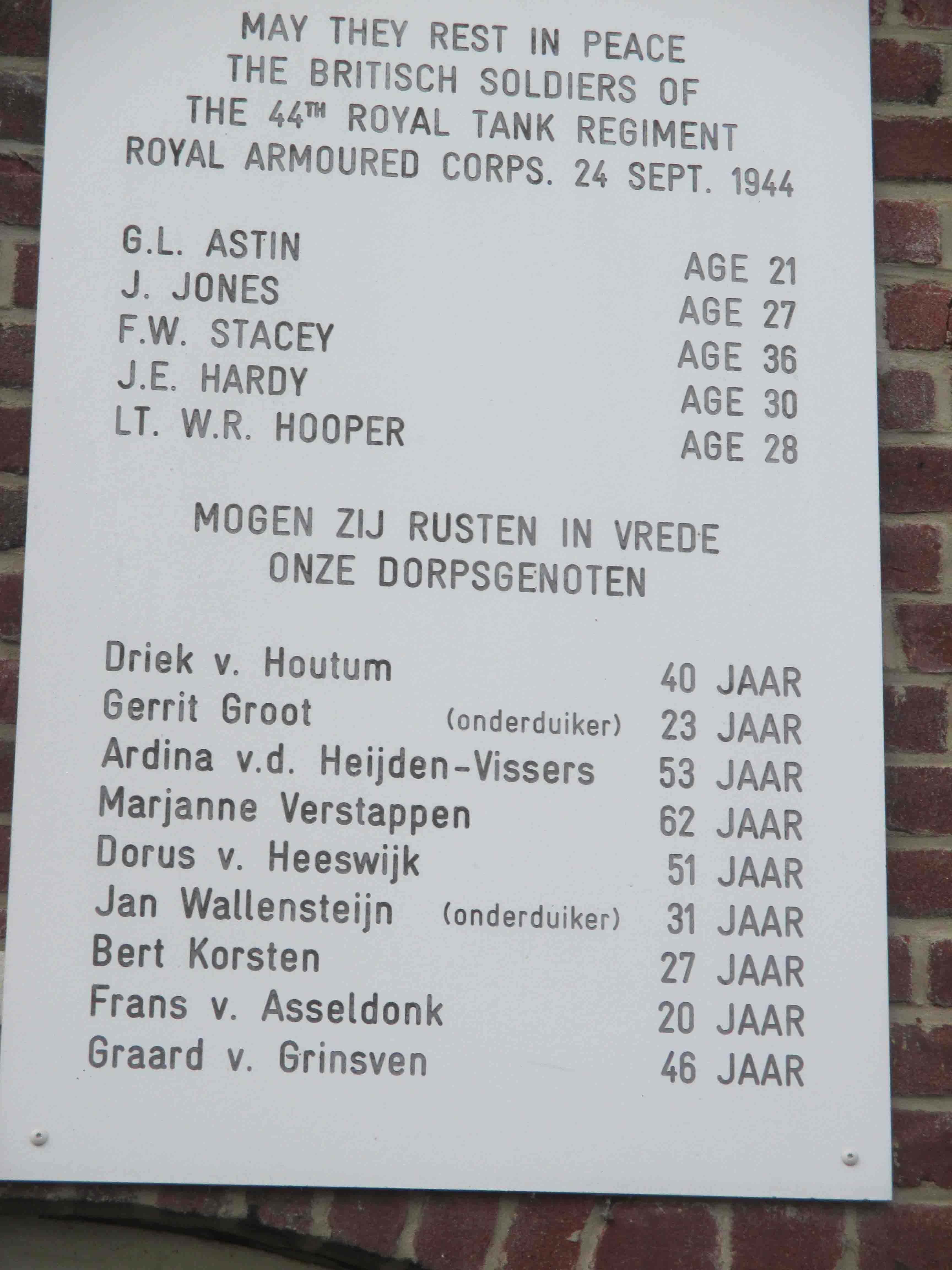