At the former entrance to RAF Knettishall, in the woods on the NW side of the intersection. Marker Three vertical dark stones with a related tablet in the ground in front. The center stone has a flying B-17 fortress breaking a chain and three planes flying in ‘missing man’ formation. It also has the Eighth Air Force Emblem on the top left and the Air Force Material Command at the bottom right. The tablet has the plan of a runway layout.  The left and right stones list the 619 men lost by the Group.  The original middle stone was dedicated on 17 May 1986.  The two side stones with the names were added in May 2011. 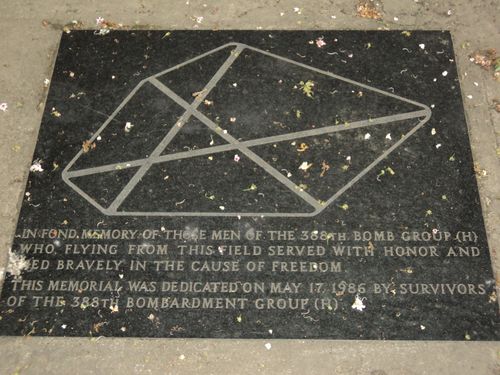 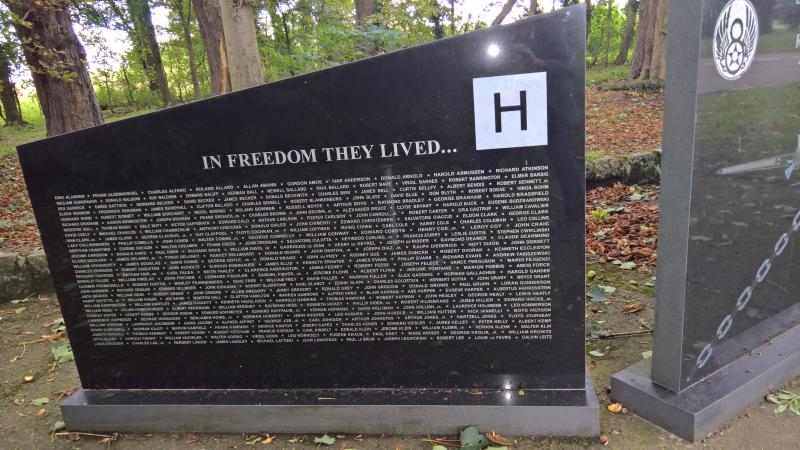 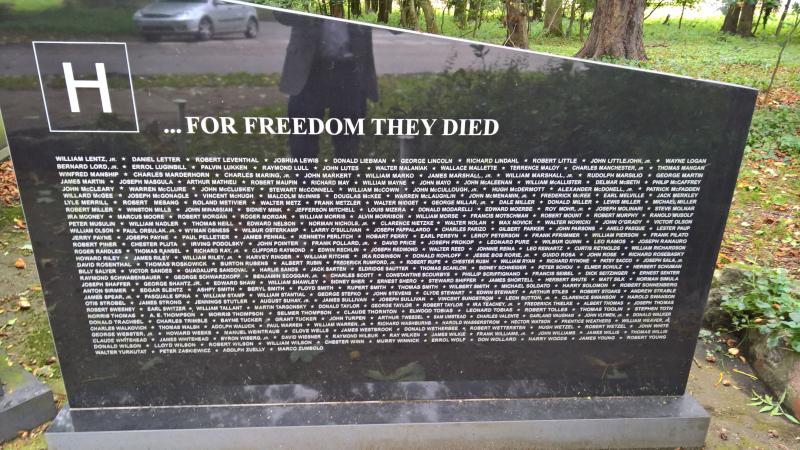