<< Back to Holy Cross Church – Ramsbury 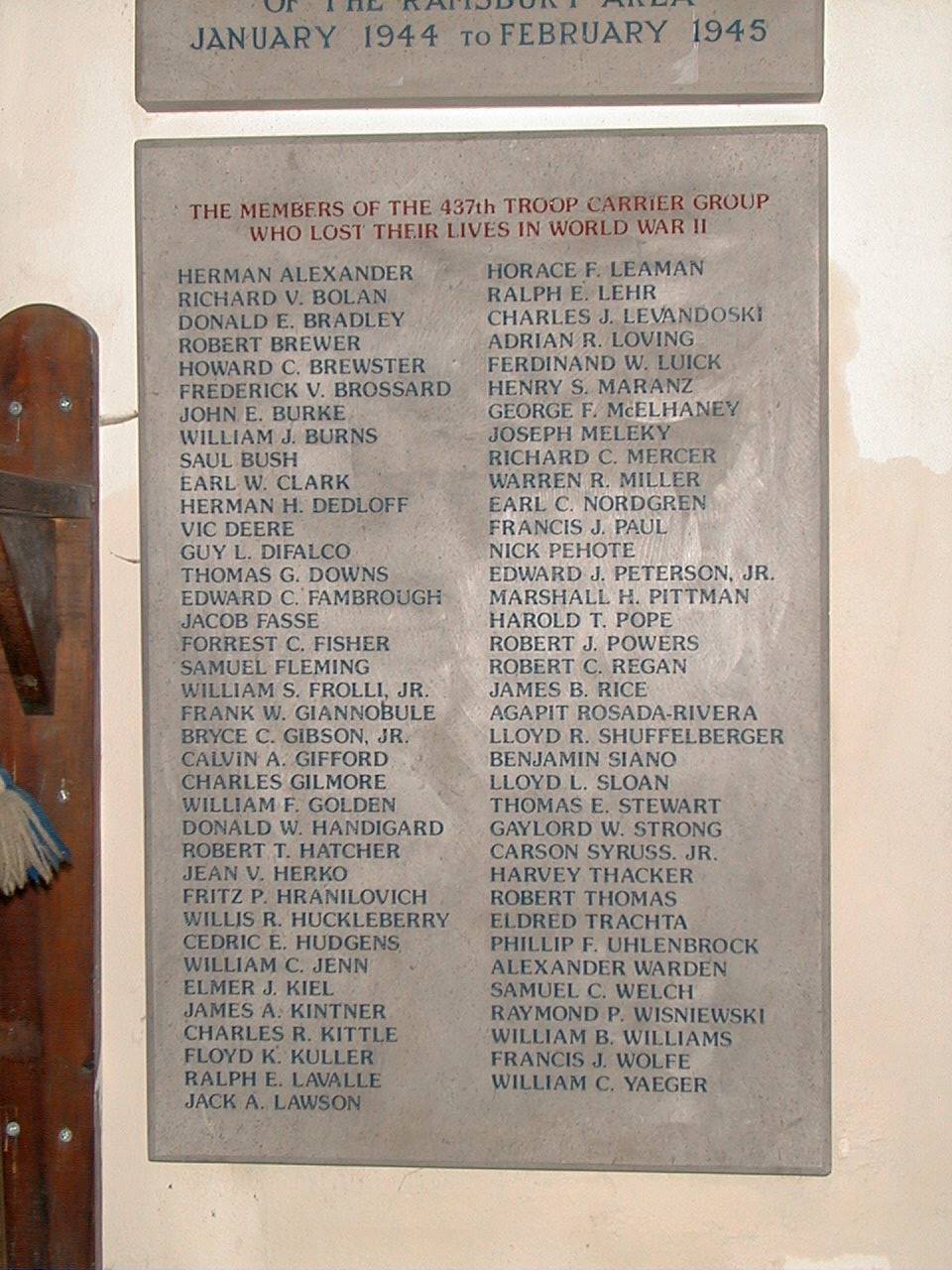 Affixed on the walls of the church. Plaque

Two wall-mounted, stone tablets in memory of the brave airmen of the 437th US Troop Carrier Group. The top tablet contains the dedication message, inscribed in blue letters, with the group's insignia on the top, while the tablet below contains the names of the members in two columns, inscribed in red and blue lettering.

From May–December 1943, the 437th Troop Carrier Group trained with C-47 Skytrain cargo planes in Indiana, Missouri, and North Carolina. In January 1944, the group deployed to England, where it prepared for the invasion of Nazi-occupied Europe. During the Normandy campaign, the group released gliders over Cherbourg and carried troops, weapons, ammunition, rations, and other supplies for the 82nd Airborne Division in Operation Neptune. For these actions, the group received a Distinguished Unit Citation.

The air echelon deployed to Italy in July 1944 and participated in the Allied invasion of southern France in August 1944 dropping paratroops of the 1st Airborne Task Force. During Operation Market Garden in September 1944, the group released gliders carrying troops and equipment for the airborne attack in the occupied Netherlands. In December 1944, the group re-supplied the 101st Airborne Division in the Bastogne area of Belgium during the Battle of the Bulge. The group moved to France in February 1945.

DEDICATED TO THE MEMORY OF THOSE

WHO GAVE THEIR LIVES IN WORLD WAR II

ERECTED AS A TOKEN OF THANKS

FOR THE FRIENDSHIP OF THE PEOPLE

OF THE RAMSBURY AREA

THE MEMBERS OF THE 437th TROOP CARRIER GROUP

WHO LOST THEIR LIVES IN WORLD WAR II 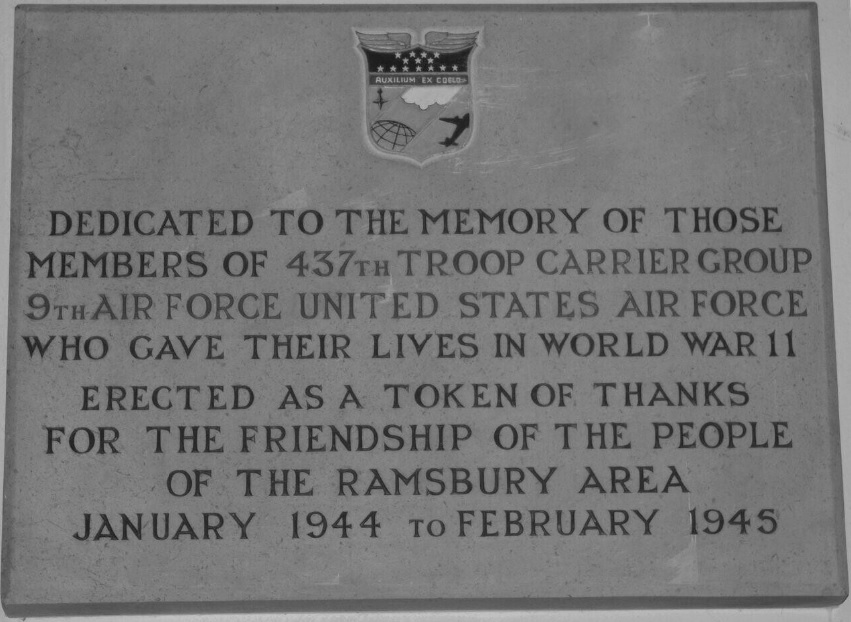 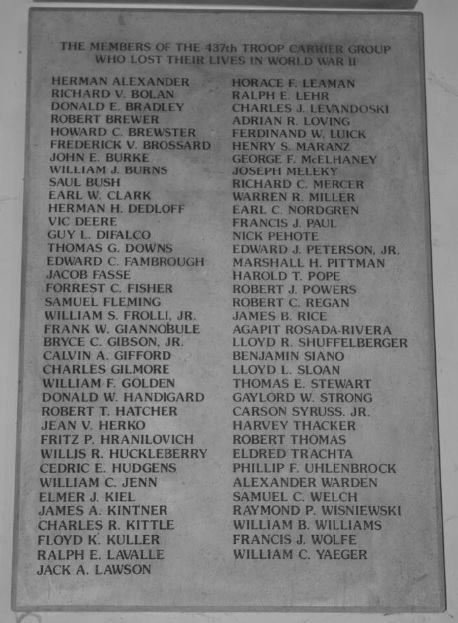