<< Back to Morigny Town Hall 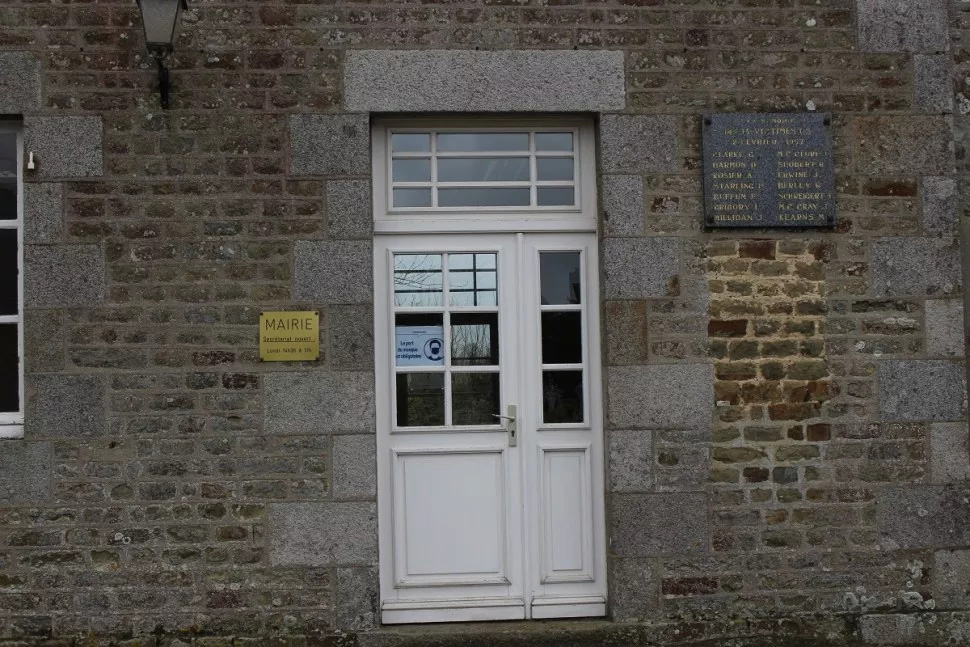 On the façade of the town hall. It is affixed to the wall on the right side of the entrance door.

A square granite plaque commemorating the crew members of the two KB-29s who were killed in the crash or collision. The plaque is written in French in gold-leaf and engraved lettering. Listed in two columns, 14 names are commemorated.

The Boeing KB-29P Superfortress left RAF Sculthorpe on a training mission to the south of France. While cruising at an altitude of 15,000 feet in low visibility due to poor weather conditions, the airplane struck another USAF Boeing KB-29P Superfortress that was flying in front of it. The first KB-29, registered as 44-69846, was carrying a crew of ten and lost speed for an undetermined reason. Following the collision, both airplanes went out of control, dove into the ground, and crashed in a field located in Morigny, about 25 km south of Saint-Lô. Of the ten crew members aboard 44-69846, one survived. On board 44-83906, five crew survived while four others were killed. The survivors were able to bail out before the impact. 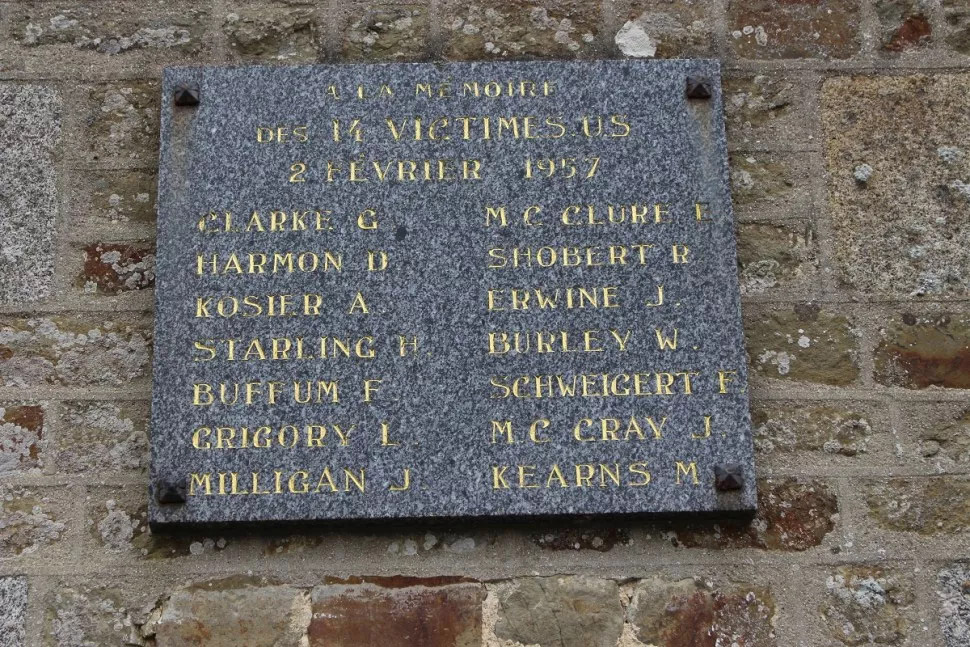