<< Back to Leiston Library 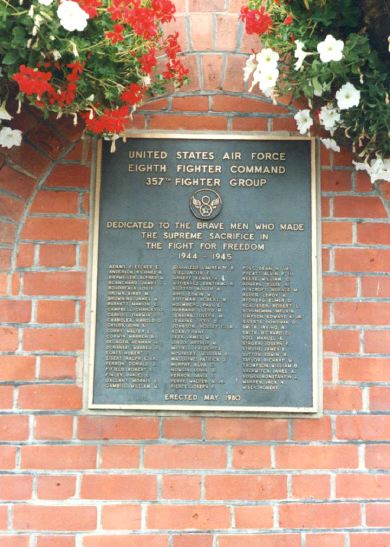 Mounted on the right-most corner outside the wall of the library.

A large, rectangular, metal plaque inscribed in English in raised lettering commemorating the airmen of the 357th Fighter Group who died in service between 1944-1945 while stationed at Leiston airfield. The plaque has a dark background with a gold border containing the commemoration message, the 8th Air Force insignia in relief, and the list of names in three columns. The memorial was erected in May 1980.

The group consisted of the following squadrons:

The 357th FG served as an escort group, providing penetration, target, and withdrawal support for bombers that attacked strategic objectives on the Continent and began operations in the assault against the German Air Force and aircraft industry during Big Week, 20–25 February 1944.

The group received a Distinguished Unit Citation for two escort missions in which heavy opposition was encountered from enemy fighters: on 6 March 1944 provided target and withdrawal support during the first attack that heavy bombers of Eighth AF made on Berlin. On 29 June 1944, the group protected bombers that struck targets at Leipzig. The unit received second DUC for operations on 14 January 1945 when the group, covering 3rd Division B-17's on a raid to synthetic oil plants at Derben broke up an attack by a large force of interceptors and in the ensuing aerial battle destroyed 56.5 German fighters (later credited as 55.5), the largest number of claims by any Eighth Air Force group on a single mission.

In addition to escort, the 357th conducted counter-air patrols, made fighter sweeps, and flew strafing and dive-bombing missions in which it attacked airfields, marshaling yards, locomotives, bridges, barges, tugboats, highways, vehicles, fuel dumps, and other targets. It participated in the invasion of Normandy in June 1944, the breakthrough at Saint-Lô in July, the Battle of the Bulge, December 1944–January 1945, and the airborne assault across the Rhine in March 1945.

The group flew its last mission, an escort operation, on 25 April 1945 and moved to Neubiberg, Germany on 21 July and was assigned to United States Air Forces in Europe for duty with the army of occupation.

DEDICATED TO THE BRAVE MEN WHO MADE

THE SUPREME SACRIFICE IN

THE FIGHT FOR FREEDOM 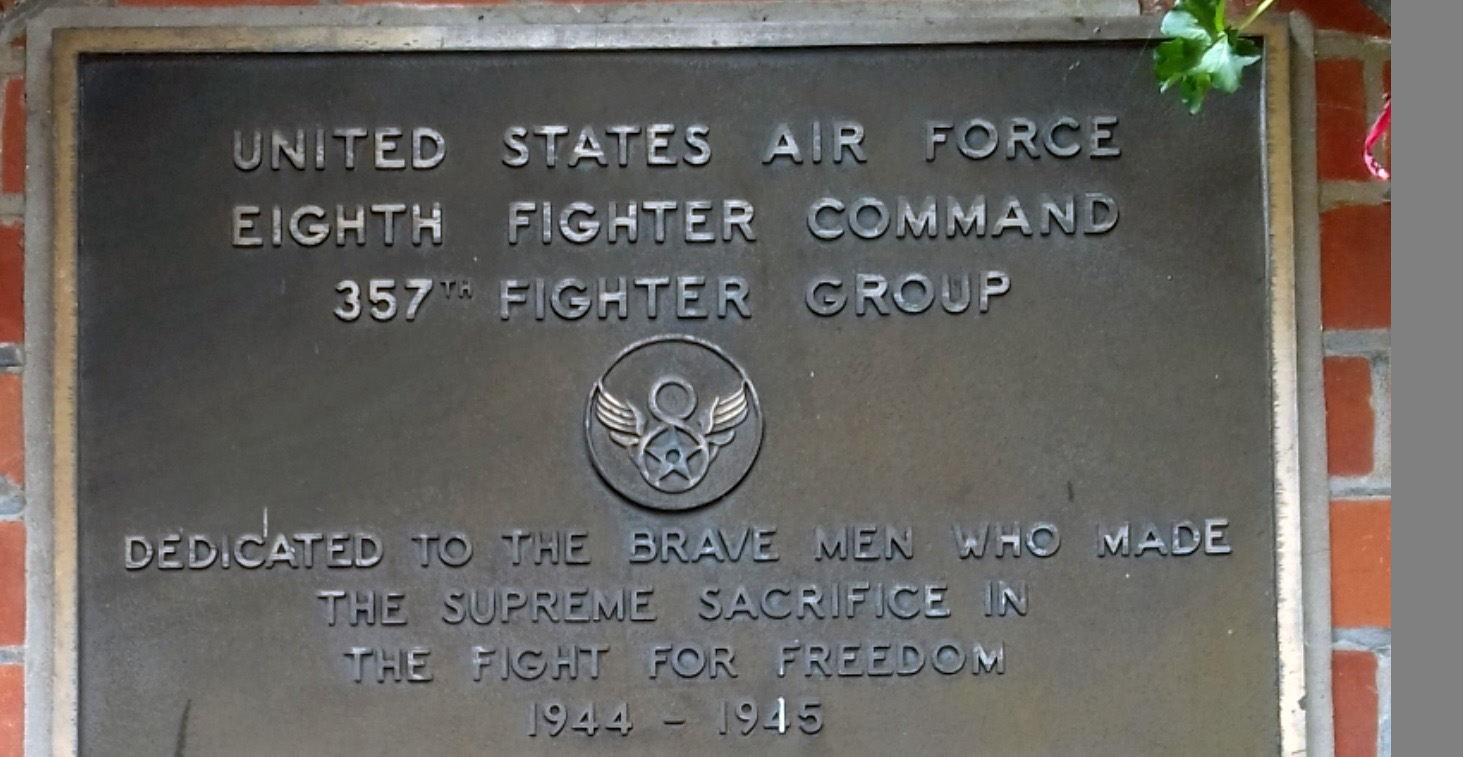 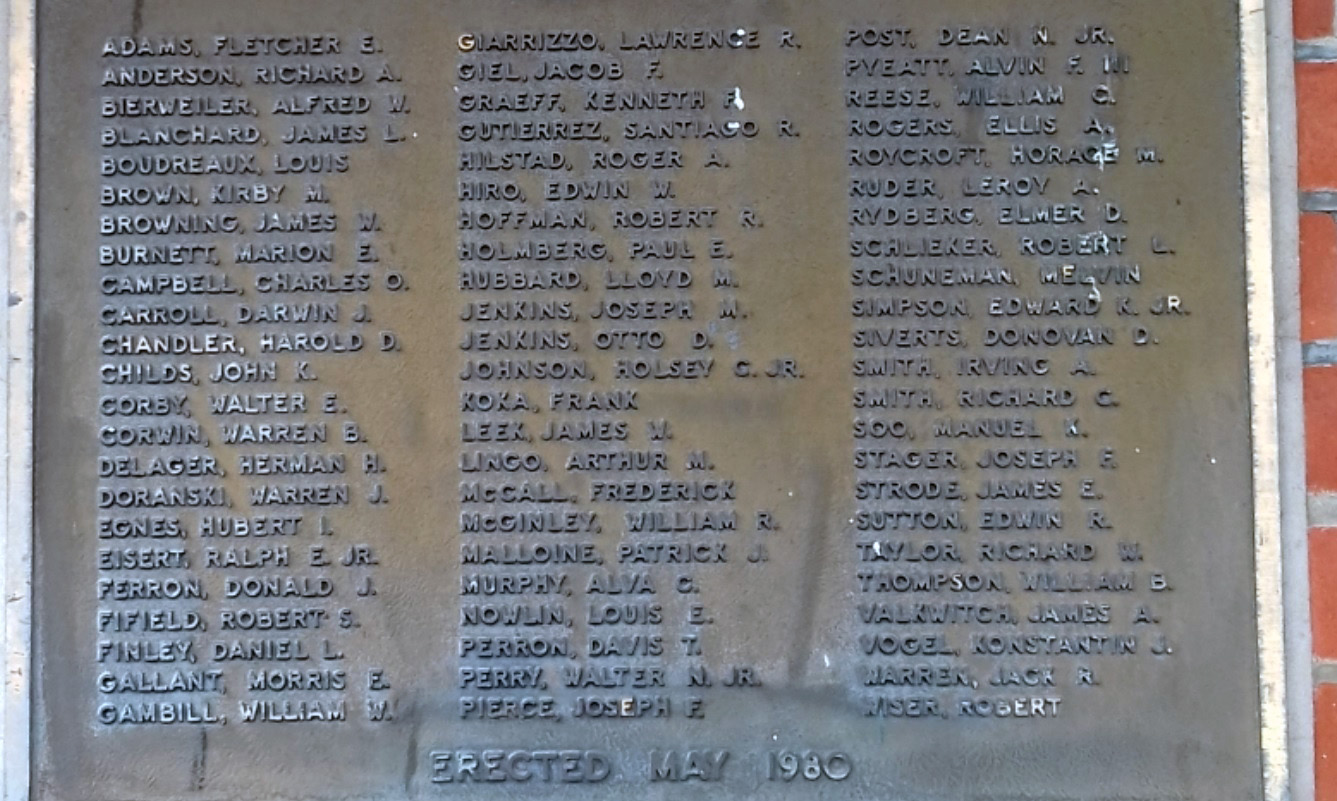